Ecoteam partners with communities, government agencies, not for profit organisations and commercial enterprise to deliver world class projects with far reaching benefits. This is just a snapshot of our capabilities. Please give us a call if you would like to know more (02) 6621 5123.

The Cedar Grove constructed wetland receives and polishes effluent from the Cedar Grove Membrane Bioreactor (MBR) Wastewater Treatment Plant (WWTP) in the Logan Shire. The system is designed to initially treat 8,658 Equivalent Persons (EP) or 1.15 ML of MBR-treated wastewater in 2020, increasing to 20,000 EP or 3.3 ML by 2025. The wetlands perform advanced filtration and water conditioning to ensure that highly treated water can be released into the Logan River. The wetland treatment system removes nutrients such as nitrogen and phosphorus.

The constructed wetland will have a total treatment area of 11.46 hectares (ha) when completed. Stage 1 which was constructed in 2019 has a total wetland are of 7.27 ha and was designed to achieve prescribed treatment performance objectives set by the Environmental Authority whilst providing ancillary benefits including ecotourism, biodiversity, carbon capture and community acceptance and support.

The wetland system will not only remove wastewater constituents of concern to the standards required for the discharge but will add natural environmental elements such as bound carbon from the wetland plants. Addition of constructed habitat wetlands and other vegetation below the constructed wetlands would increase the biodiversity and recreational values of the Cedar Grove site. 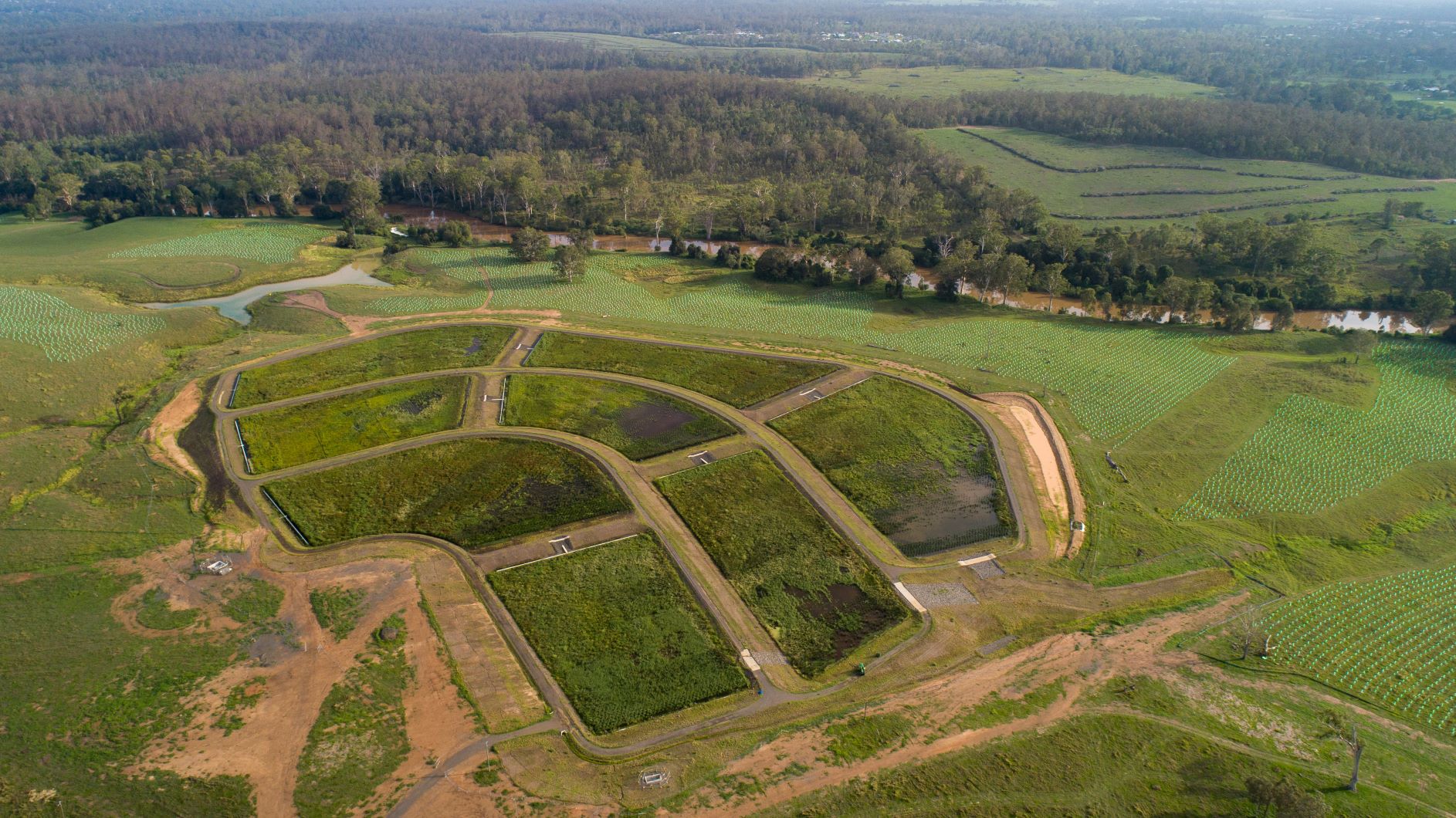 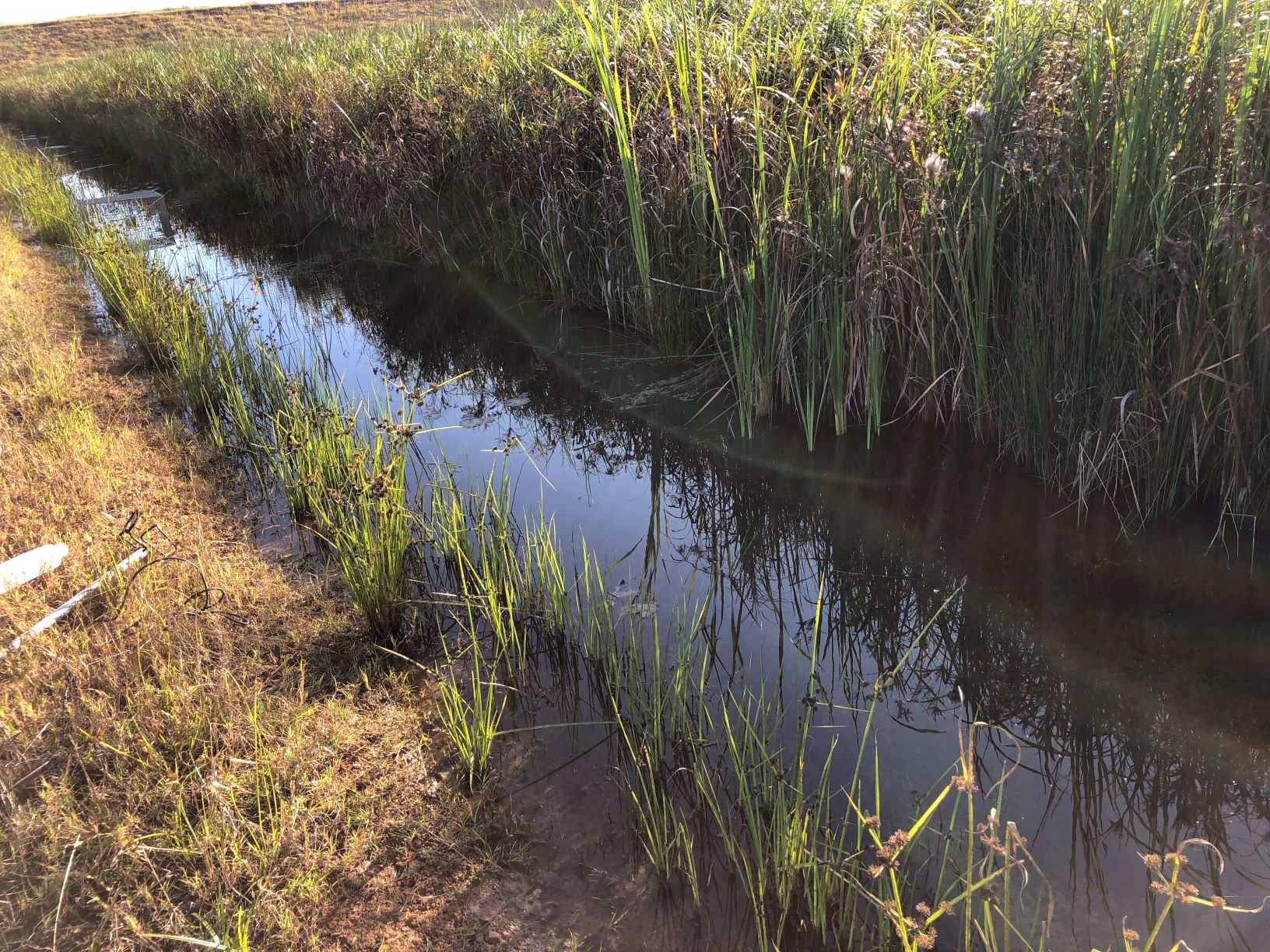 The Orana Haven Wastewater Treatment project was recently implemented near Brewarrina in western NSW. Orana Haven is a drug and alcohol rehabilitation facility for up to 50 people at a time.

The treated wastewater is now irrigated onto their fruit orchard and the plants in the wetland cells which create a green space for the community to enjoy. 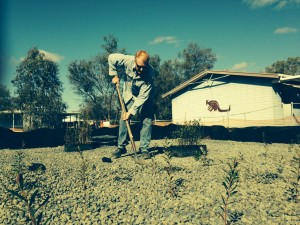 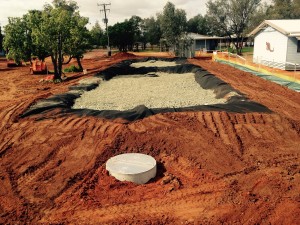 During construction of Brisbane’s new parallel runway an opportunity was identified to produce topsoil for the new airfield from the vegetation cleared from the 360 hectare site.

The cleared vegetation was mulched, blended with other topsoil from site and stored in stockpiles to allow the material to decompose into a nutrient rich topsoil product to establish grass for the new airfield.

Ecoteam was engaged to design a water management system to treat stormwater runoff from the mulch stockpiles whilst the decomposition processes occur between now and 2020.

The stormwater treatment system designed for BAC consists of swales and planted wetlands to ensure suspended solids and nutrients are captured and reduced to suitable levels for release to local waterways and Moreton Bay.

The swales and polishing wetlands are now well established and monitoring of the site has concluded that the system is working effectively and exceeding treatment expectations. 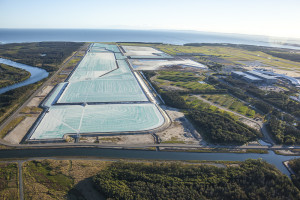 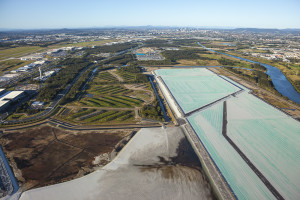 Malabugilmah is an Aboriginal community located in the Clarence Valley in Northern New South Wales.

In 2006, seven Horizontal Subsurface Flow (HSSF) constructed paperbark wetlands were built to treat village effluent  for reuse onto a football field. The wetland project additionally aimed to satisfy the social, economic and environmental needs of the community.

The Community was engaged at all stages of planning and design, and fourteen community members were employed and received on-the-job training during construction.

Community members continue to be trained and employed to operate and maintain the sewerage treatment system. 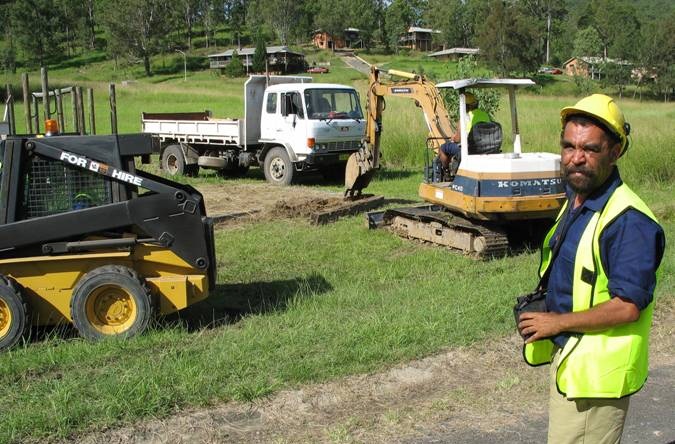 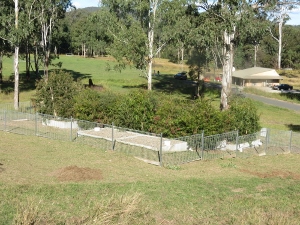 Due to the growing colony of orangutans at the Nyaru Menteng Rehabilitation Centre, the wastewater system became badly overloaded. The wastewater issue was a concern to the orangutans and workers in the sanctuary.

Ecoteam was contacted by the Australian Borneo Orangutan Survival (BOS) Foundation to help with the problem. Ecoteam volunteered to design and supervise the construction of a wastewater treatment system which could treat the wastewater from the orangutans and workers in the sanctuary.

Ecoteam designed a sewage system which would be both simple and robust. The system needed to be designed to fit with local procedures and equipment and needed to be able to be easily operated and maintained by the local workers.

The system was built using resources that were readily available in the local area and even a local Melaleuca species was used in the design to aid in the treatment process. 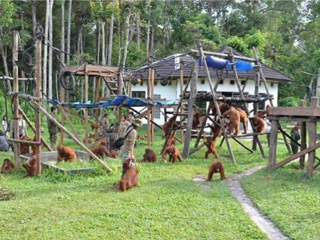 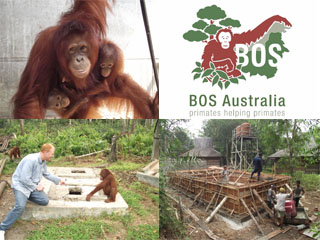 The West Byron Effluent Management Project involved the construction of a surface flow wetland  and a paperbark wetland which provided treatment and restored habitat to the site. The project involved the hand-planting of 750,000 paperbark trees to reuse and ‘polish’ Byron Bay’s sewage effluent through its secondary treatment stage in a 24 ha constructed wetland. 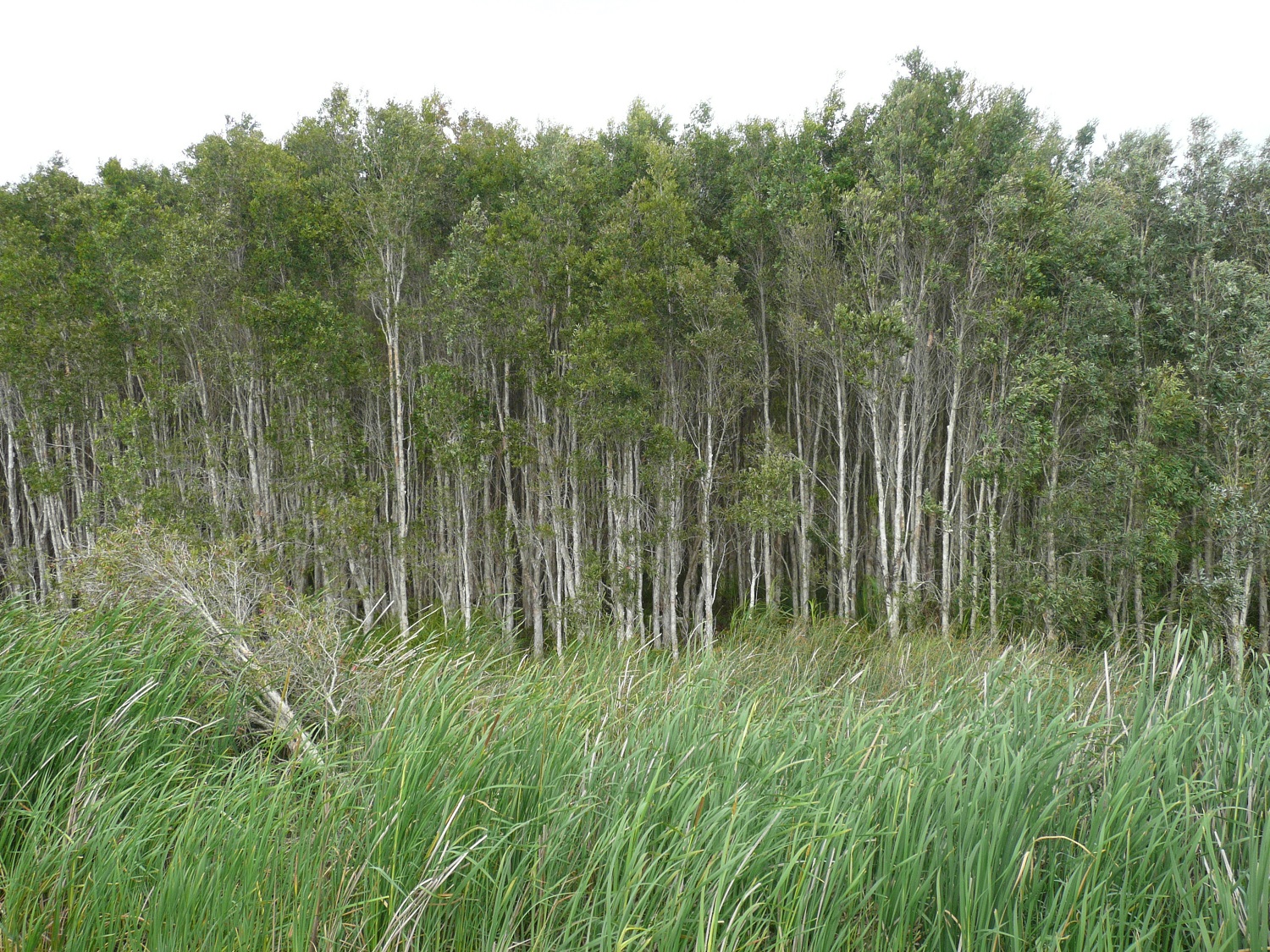