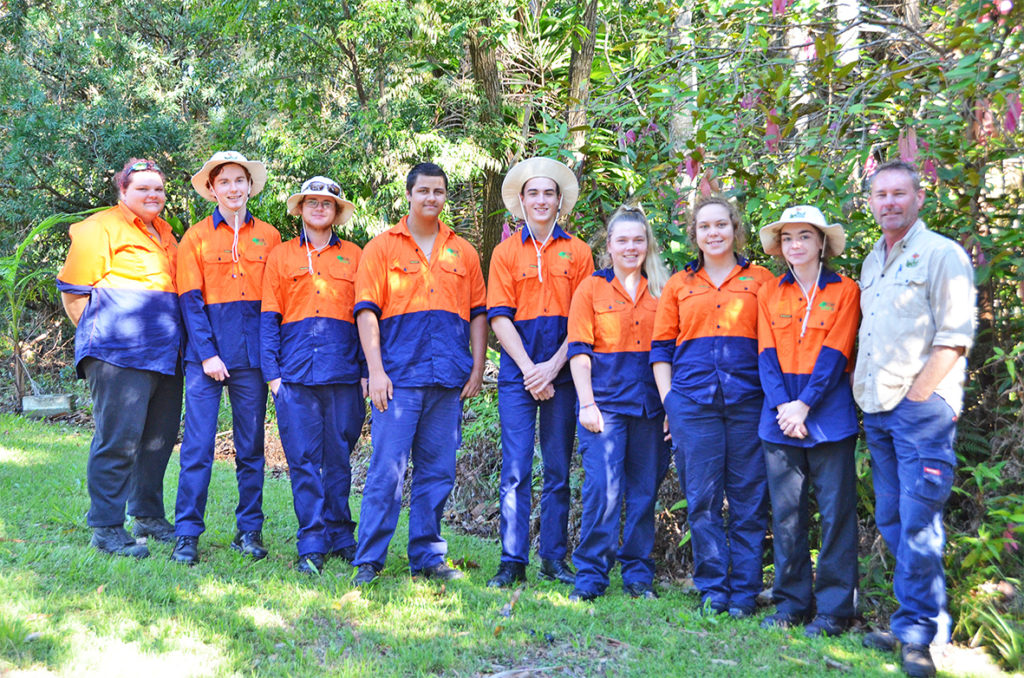 The Green Army is a hands-on environmental program that provides young people aged 17 to 24 with skills, training and experience in environmental management while helping to protect habitat for threatened species like koalas.

This program contributes to the delivery of Lismore City Council’s Biodiversity Management Strategy, which seeks to improve the natural environment in the Lismore LGA and also provide skills and pathways to employment for young people.

Green Army Supervisor Lucas Salmon from EnviTE NSW described the work as “critical” as the koala is listed as vulnerable to extinction under NSW legislation.

Lismore is home to one of the few urban koala populations in the state, and a relatively healthy population throughout the rest of the LGA. Nevertheless, the pressures of disease, habitat loss and degradation, road traffic and dog attacks are inflicting a heavy toll. Continuing to restore habitat through tree planting and weed removal is essential to ensuring these local koala populations can thrive and survive into the future.

The Green Army team will be working for the next 20 weeks planting around 1200 trees and undertaking extensive weed removal around Nimbin, Terania Creek and The Channon. This is the second team in as many years to undertake this work locally, with the first team focusing on the south-east of the LGA.